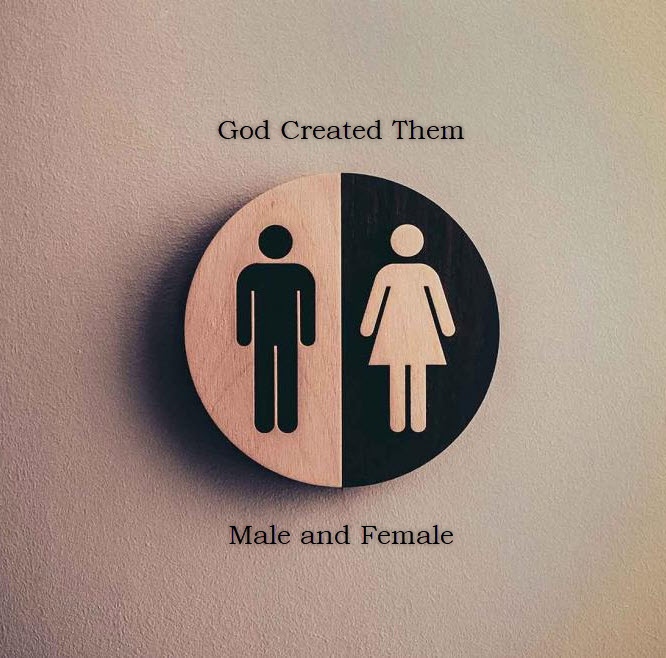 With growing numbers of kids facing this as the school year begins and more and more of this topic in the news, perhaps we need to consider and reflect on this issue.

So God created man in his own image,
in the image of God he created him;
male and female he created them. Genesis 1:27 ESV

From the earliest of times, the reality existed that God created two distinctly different and complementary sexes and this fact has been accepted for centuries. However, in recent years this reality not only has been challenged, but determined untrue. Not only are adults changing their sexual identities, but children are being encouraged to do so also.

Gender dysphoria or gender identity disorder is a condition in which people identify with a sex different from their birth/biological sex. There was a time when this was considered a mental disorder; today it tends to be an acceptable life decision.

Confusion over gender identity is not a new problem. In 1503 B.C. Egyptian Queen Hatshepsut wore male apparel  during her reign; King Ashurbanipal of Assyria in 700 B.C. wore women’s clothing most of the time’ philosopher Philo of Judea wrote about gender dysphoria in 30 B.C.; and Alexander the Great, Socrates, and Aristotle were among early historical figures who were known to be homosexual. While confusion over sexual identity is not new, acceptance of changing one’s identity is. Not only is it accepted, but it is encouraged to the point that elementary school aged children are being told it is okay to change their sexual identity. (Florida governor DeSantis received considerable criticism for signing a bill that prohibited teaching children in kindergarten through grade 3 that it is acceptable to change their sexual identity.) Teens, faced with the many issues that overload their brains, can experience confusion over their sexual identities and are not helped by a society encouraging transgenderism. In fact studies have shown about half of transgender teens considered suicide with nearly 1 in 5 of them actually attempting it.

As Christians, we understand it is not God’s plan for us to change our sexual identity and most likely, we have conveyed that message to the young ones in our families. However, those young ones are exposed to strong forces in society that tempt them. They are curious, sometimes confused, and often desire to go along with the views of their peers for social acceptance. Whereas 7% of the entire population identifies as LGBTQ (a doubling in the past 10 years!) as many as 40% of Gen Zs (born 1997-2012) do. These young people need adults in their lives who offer God’s perspectives, help them in sorting through their confusion about these issues, and, importantly, who pray for them. While we are not to promote hatred toward members of the LGBTQ community, we do need to be firm in the reality that God gave us our sexual identity and it is to be shared in a marriage with someone of the opposite sex.

About Gen. 1:27 from Ligonier Ministries

About Gender from Answers in Genesis